No one can deny it; we are in a very uncharted waters with the Corona -19 Virus and Sunday morning was no exception.  I did get up as normal and took my dog on her morning walk knowing that the rest of my day was going to be anything but normal.

I love my morning walks with my fluffy girl Sunny.  It is “our” time.  Sunday we walked our full normal walk route about 2.25 miles.   About half way on our route goes right past where I used to live for almost 18 years.  There was a frequent visitor who slept in the tree outside my back door.  I even named him “Percy.”  Percy is a peacock that has been a “regular” on my old street ever since I moved there.  In fact, there was a trio of peacocks when I moved in.  One pure white and two “regular” blue/green made up the trio who squawked outside my back door.  While I will admit they were annoying, I quickly grew to appreciate their presence.  The pure white one was the first to disappear.  There were now only two left.  I do not know what happened to the pure white peacock but I often thought with Busch Gardens was about 2 miles down the road that they had maybe escaped.   A year or two went by and one of the two left disappeared.  I heard that someone had hit and killed the peacock a few streets over from my neighborhood.  Now, there was only one.  I decided to name him “Percy the Peacock” and he gifted me when moulting with many beautiful feathers throughout the years and even scared me a few times when I woke up to see him sitting on my fence staring at me from my patio.

If you have never seen a peacock in person, they are quite large!  One day I was out in the yard and Percy came swooping over my head.   So close, I could hear the feathers beating the air.  They do not fly far but they do fly as I found out.  My first thought I was being attacked by some prehistoric bird but realized later it was just Percy doing a low fly over!

I moved from that street about three years ago but during my morning walks when I passed by the street, I could hear Percy squawking and I would say “Good Morning Percy” as I passed.  A few months after I moved, I stopped hearing Percy’s familiar squawks.  But I heard him from another area of the neighborhood.  He seemed to move around a bit.  About a year ago, I stopped hearing his squawks.  I had wondered what had happened to this familiar friend.  I assumed since I knew he was there almost 20 years, he probably passed of old age and grew sad with the thought.

My daily walks continued but missed the sound.  Yesterday, I was on my walk as normal in abnormal times, when I heard a familiar squawk coming from the area where I used to live.  It brought a smile to my face, I forgot all about the Corona Virus what has forced on us a new normal that changes by the hour.  I was thrilled that my old squawking friend was back “home” and sounding pretty loud at 6am.   There was comfort in that squawk knowing that not all things have changed but just maybe were delayed.   This how I view the Corona Pandemic; some things have forever changed and some things are being delayed.   For now, I am happy, happy that Percy was back even if only for a day things were normal again. 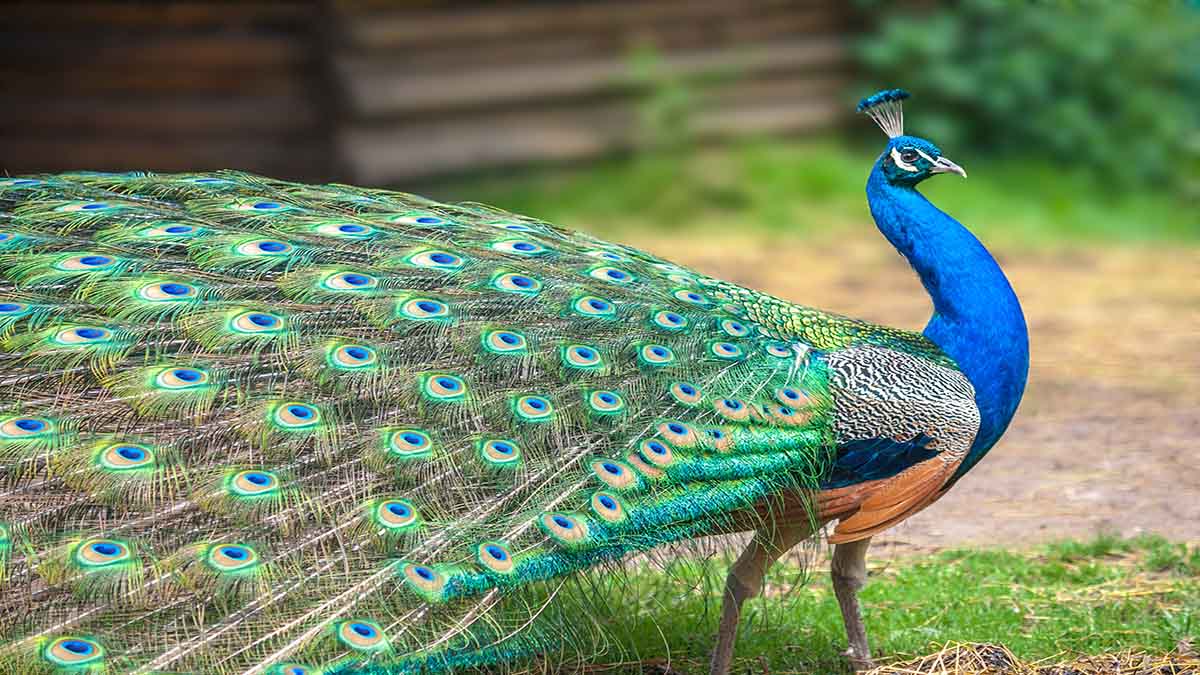